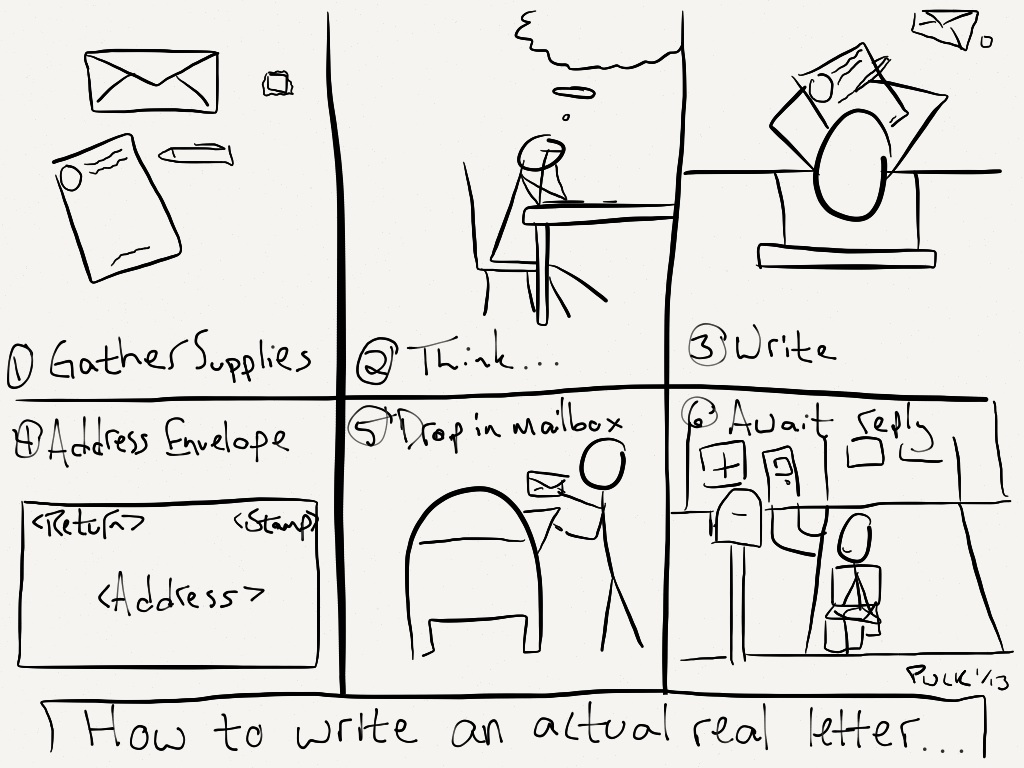 Snail mail gets such a bad and unmerited reputation.  The firstness (yes I can make up words, it is my blog) of it is that it really isn’t all that slow… As cited by the screen scrape below, letters sent locally arrive within one day 96% of the time and letters sent nationwide arrive within three days 94% of the time.

That’s a better success rate on trip time than I have when Wife sends me to the store to pick up milk!

The secondness (and really more importantly) of the matter is that sending and receiving letters (to and from real people mind you) is just all sorts of fun.  When is the last time you received a handwritten letter in the mail and you thought… ugh, junk… I’m going to go ahead and guess never. 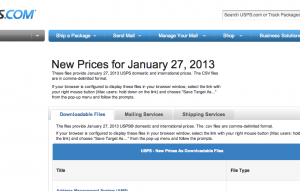 It frustrates me because I think it is just too sweet of a deal.  I understand that postage rates are legally not allowed to increase faster than inflation and I guess that sort of makes sense, but the rates are already too low!  Think about it, for less than 50 cents you can send a two ounce letter (that’s a lot of words) anywhere in the country and it will show up, hand delivered, in an envelope you personally stuffed and cared for, with actual real paper and your chicken scratch…

Or… for that same price you could buy two gum balls that would be stale before they ever even made it to your mouth.

Anyways, part of my 2013 New Year’s resolutions was to handwrite at least two letters a month.  It is much easier to type an email, it is much easier to post on Facebook, it is much easier to write a blog post, it iz much ezer 2 txt! lol :-) :-D!!!!  But contrary to my formal Computer Science education, efficiency isn’t everything.  The GUI (graphical user interface), the delivery mechanism, matters.  People like knowing that you spent time working on something just for them.  If you write a letter, you will enjoy the time you spent working on it for someone.  Write conversationally.  You know it won’t get there for a few days, embrace that element.