Not long ago we found ourselves on vacation, in a rental house, with two locked bedroom doors. No, they were not locked for privacy, neither were they locked as off-limit rooms, they were locked because a mischievous five-year-old little girl was on the loose! Us on the outside, no one on the inside, and of course… no key. I reached back into memory, 2014 time frame, to a visit from a friend and his demonstration of a deadbolt’s necessity. With ease and a plastic card he opened our front door. 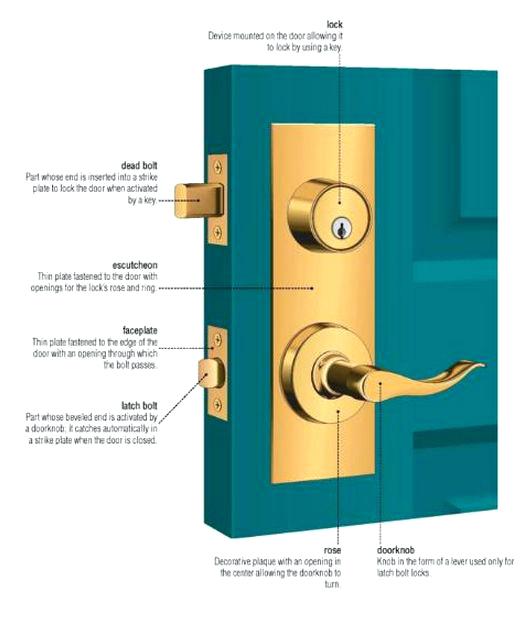 Anatomy of a Door Knob (ref)

What my friend demonstrated, was a vulnerability in doors opening inward with no locked deadbolt. The vulnerability is the fact latch bolts can be depressed while the door knob is in the locked position. If you slide a card between the door and the door jam so it depresses the latch bolt, voila … the door opens. If, however, the deadbolt is set, simply depressing the latch bolt is not enough.

Fast-forward back to “not long ago” and our five-year-old induced problem at hand. I explained the vulnerability and memory to my Dad and we both dug through our wallets looking for the card with perfect rigidity. Flexible enough to slide around a door jam, stiff enough to depress the latch bolt. In the end, with a few mangled insurance cards and a heavily damaged Chick-fil-a coupon card in a pile on the ground, victory was ours. The doors were opened without having to make a call to the owner. And the taste of delight that flows when successfully opening a lock was established on my mind’s palate.

Now, over the years, I, like many other tinkerers, have researched and learned the basics of how locks work. At an elementary level, I had learned the ridges on the key pushed pins against springs, I had read The Art of Manliness guide on picking tumbler locks, but had no practical experience. That needed to change.

Anatomy of a Lock (ref)

After some clueless research, I ended up purchasing some Dangerfield Bogota Picks because I had seen similar in the Art of Manliness video … and the Dangerfield Serenity Complete Lock Pick Set + Wallet. While I awaited the arrival of my picks, I dug into the Internet, hungry for knowledge. I found /r/lockpicking subreddit to be extremely satisfying, particularly in their lock difficulty ranking. And YouTube was chalk full of interesting videos to munch on for a complete newbie.

And … I needed meat! We had a bag of unused locks somewhere around the house, but they were MIA. So I ventured out to Walmart to find the cheapest locks they had on the shelf. That night, as I impatiently waited for my utensils to be delivered, with a freshly opened, Chinese manufactured, Hyper Tough (HT2-42001), I attempted my first pick with a binder clip as a tension wrench and a paper clip as a pick. 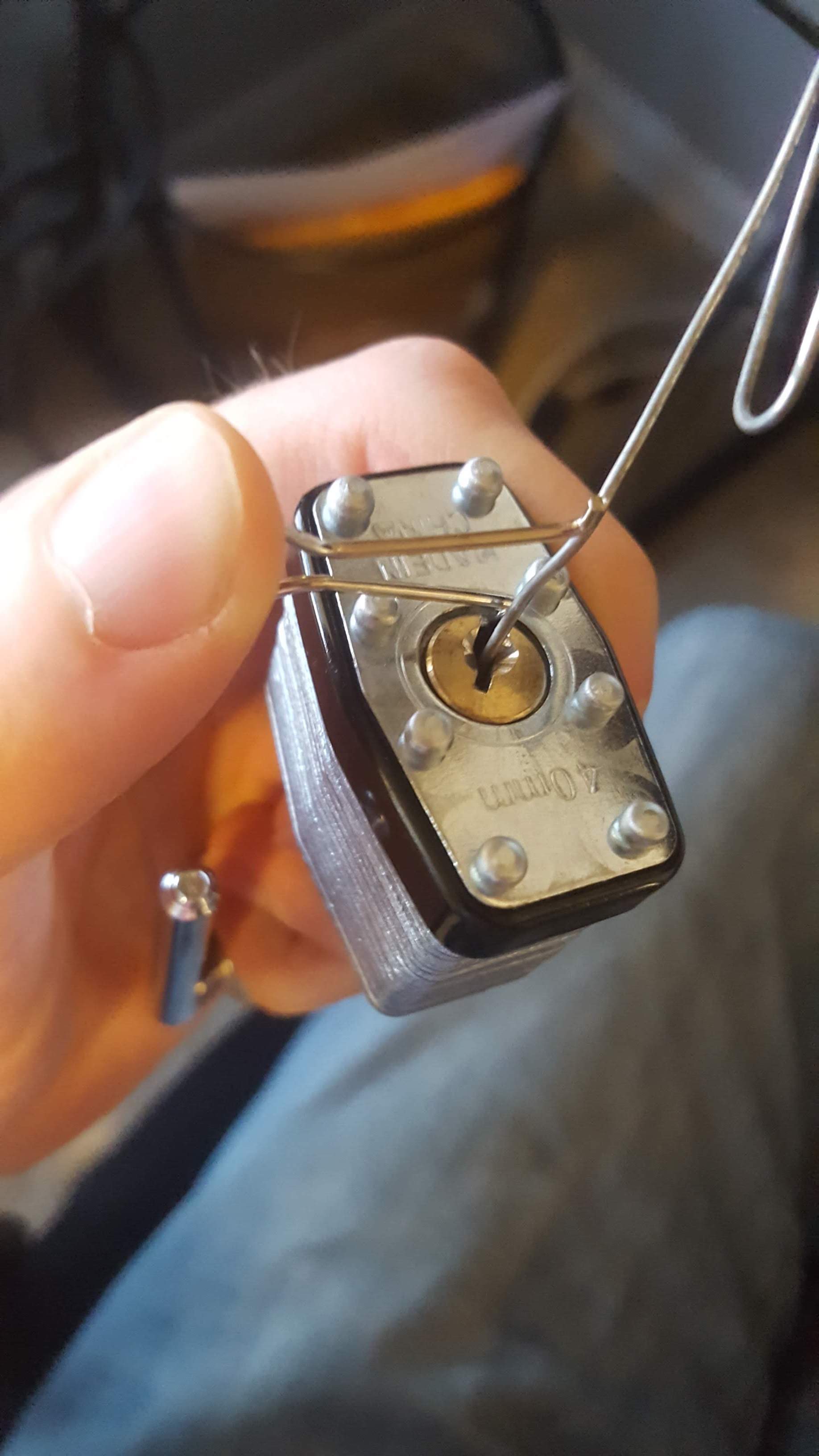 First pick with a paper clip

Honestly I could not believe the lock opened. I understood the mechanics of how to pick the lock, but I never thought it would really be that easy, for someone of my non-experience, with makeshift tools…

Fortunately for locks and my peace of mind, subsequent locks proved more challenging.

The following day, my set of picks arrived and I truly began my endeavor in the art of lockpicking. As I worked through multiple padlocks, I had very little idea or feel for what I was doing. Sure, I knew academically what I was supposed to do, and often I was rewarded with an open, but I was just jamming different tools into the lock and hoping for the best. I could not keep track of which pin I was working, I did not know if I was oversetting a pin, and I could not control the tension wrench with any level of consistency. But each time a lock opened, as the cylinder rotated with the release of pressure on the tension wrench, and that spectacular chink of the shackle popped, my insatiable appetite intensified. 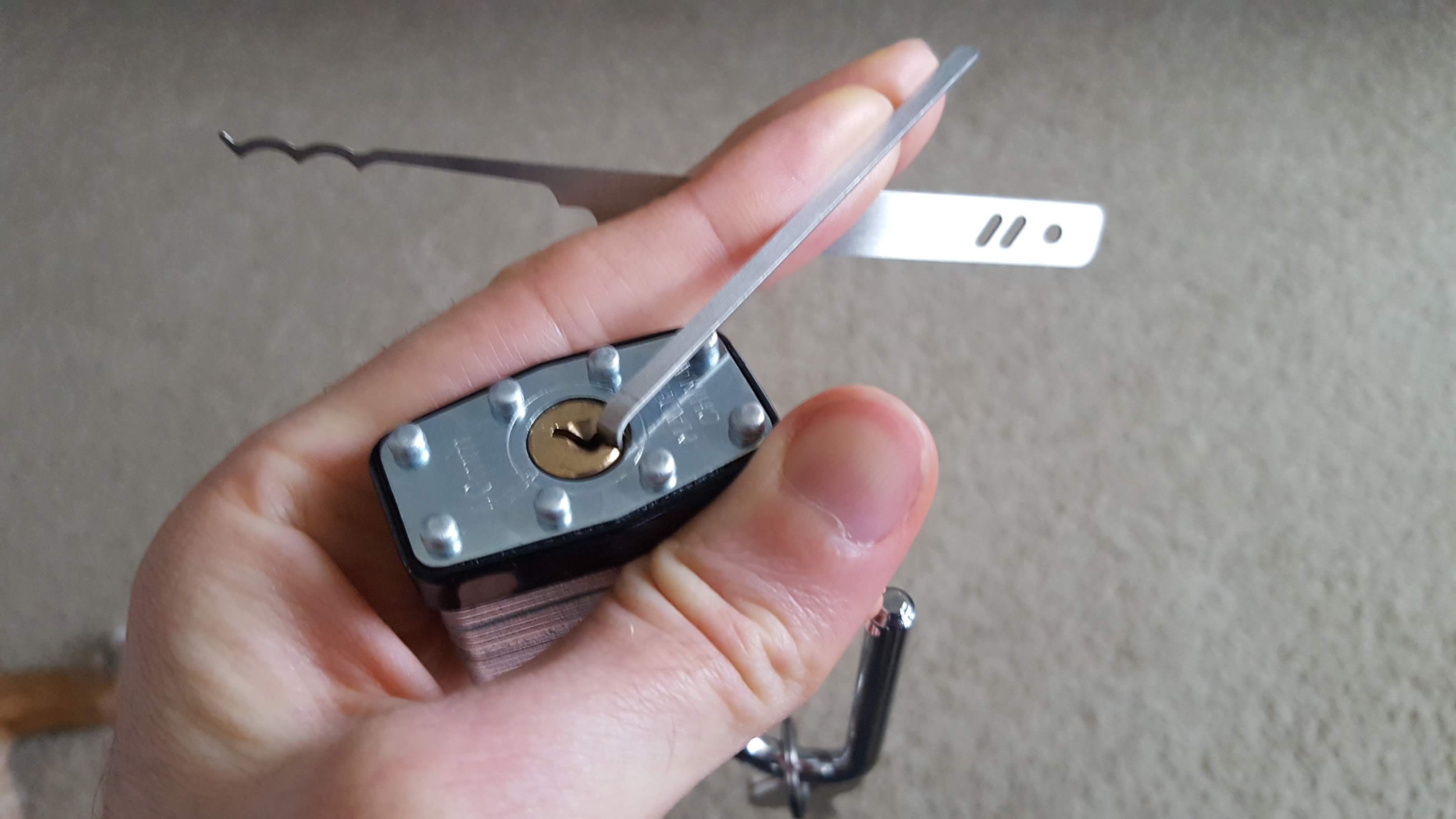 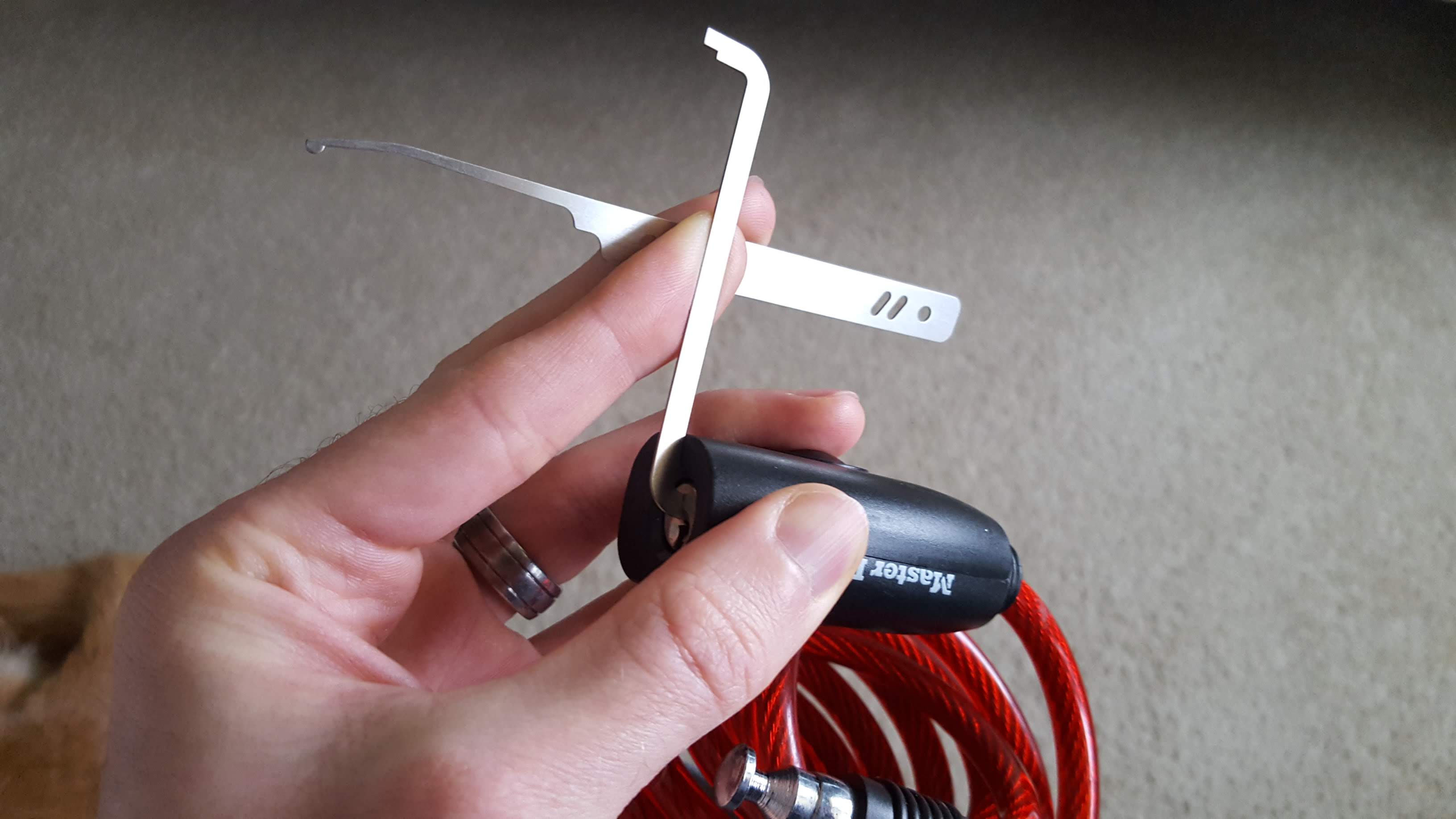 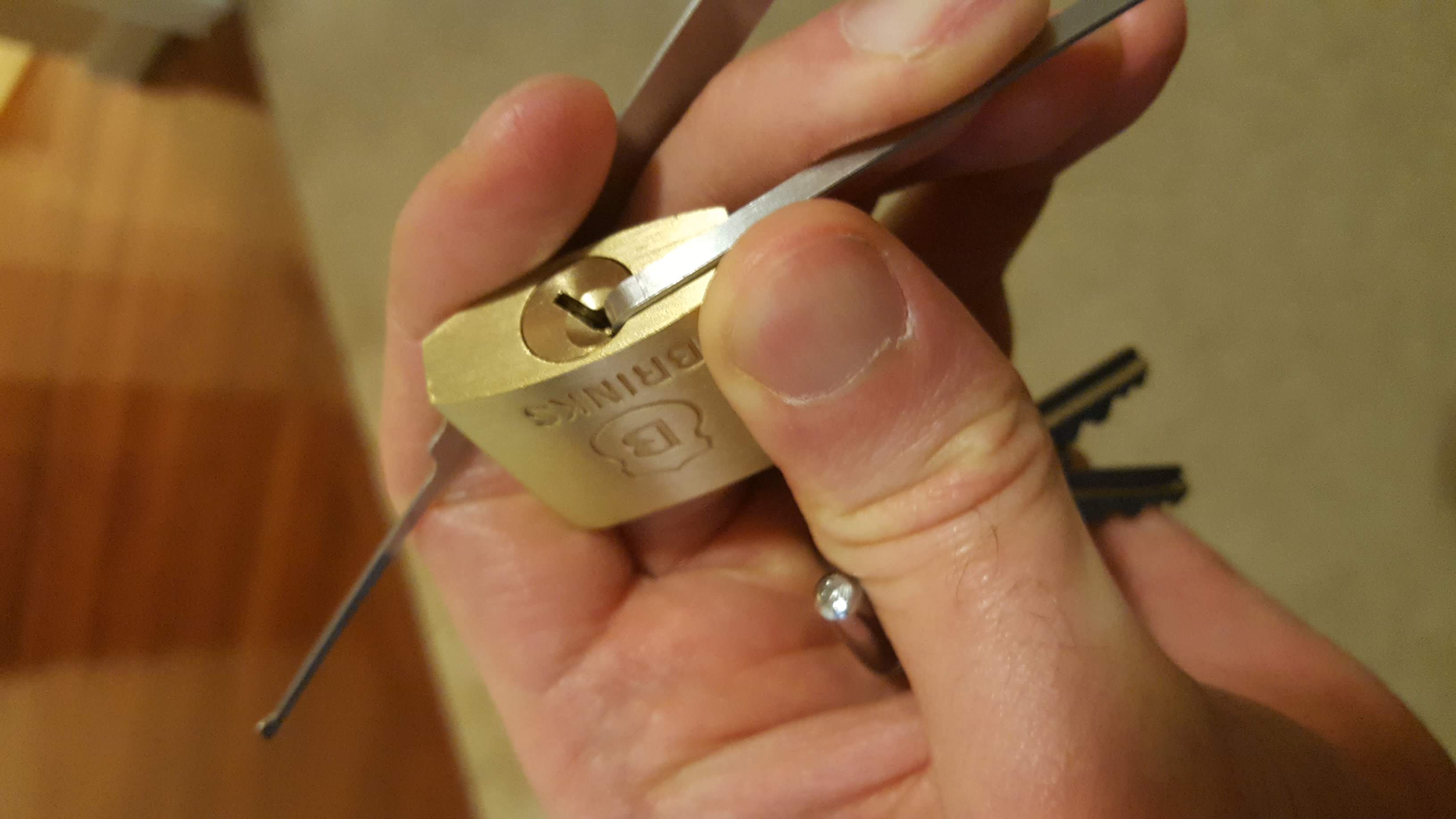 Slowly, over time, I discovered nearly every lock felt different. Springs pushing on pins had different strengths. Cylinder torque was different between locks and varying in a single lock at different times of the pick. Keyway designs were varied and had no consistency with how the cylinder turned. Some locks responded better to top of the keyway pressure while others seem to prefer the bottom. Different wrenches and different picks made a tremendous impact on how a lock could be attacked. There existed a thing called security pins requiring special touch. And in my own self-reflection, my demeanor, my attention, and often just different moments in time, would be the deciding factor on whether a lock would open. The puzzles were and are complex. They are delicious. And I love it. 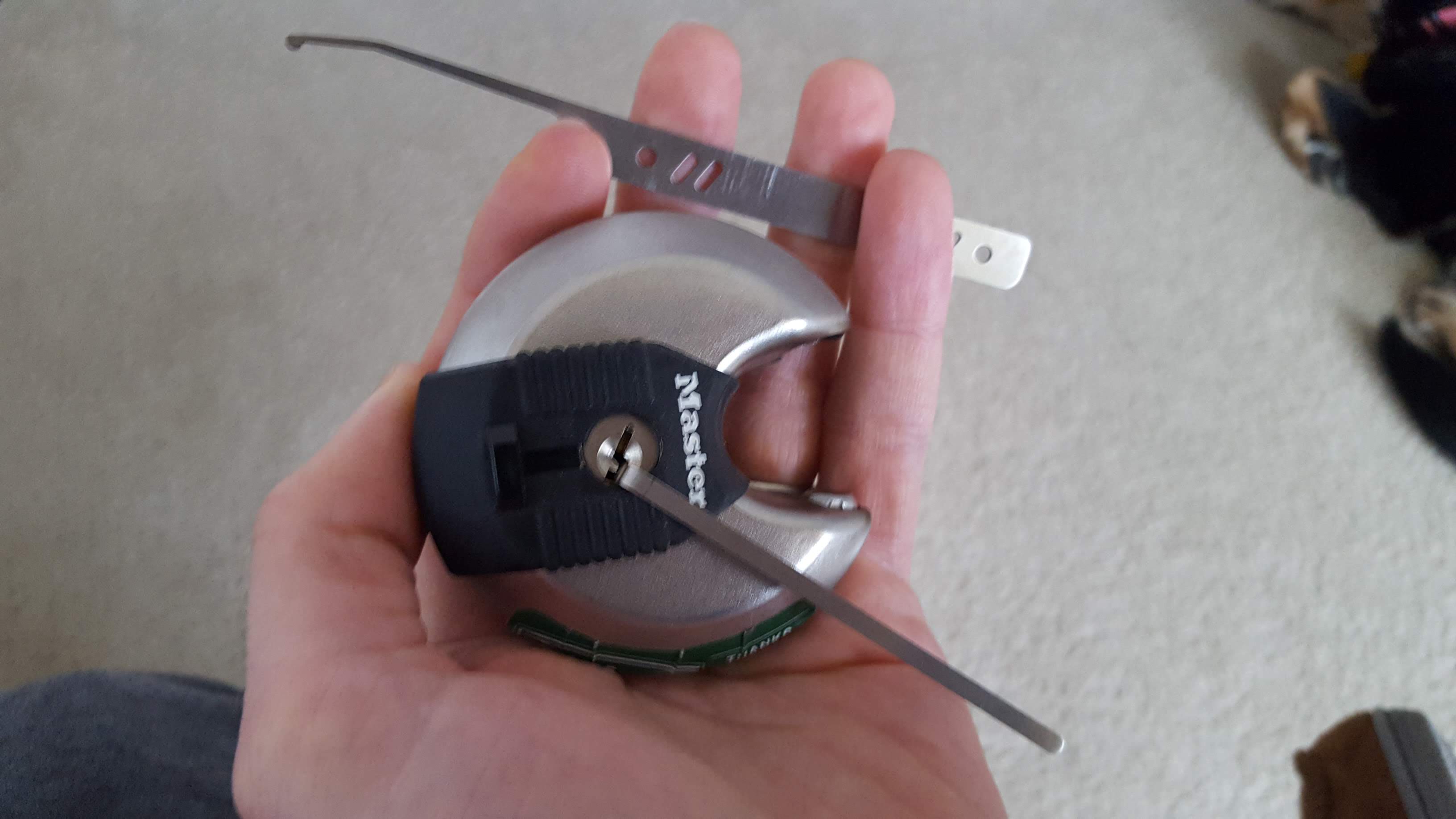 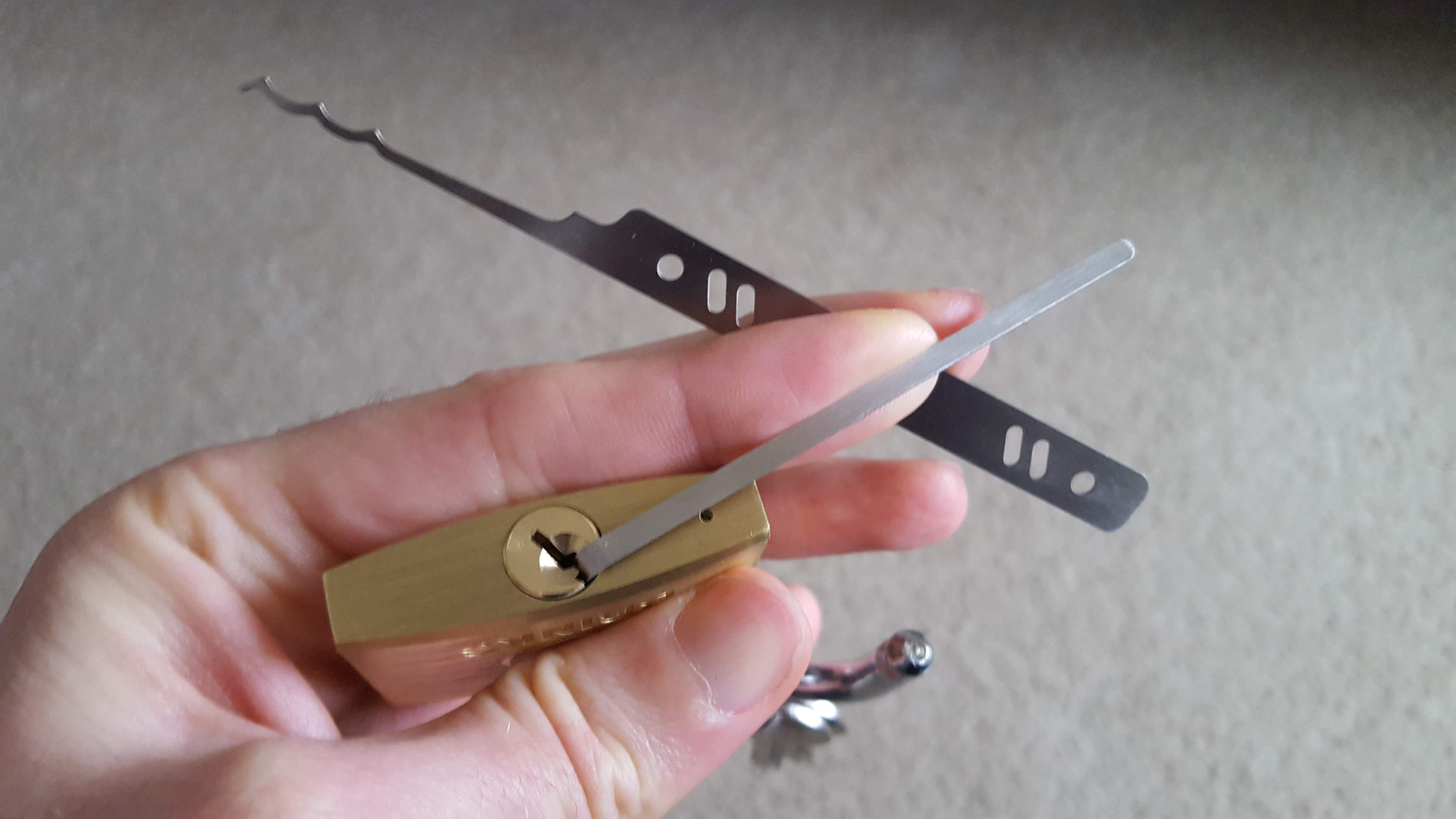 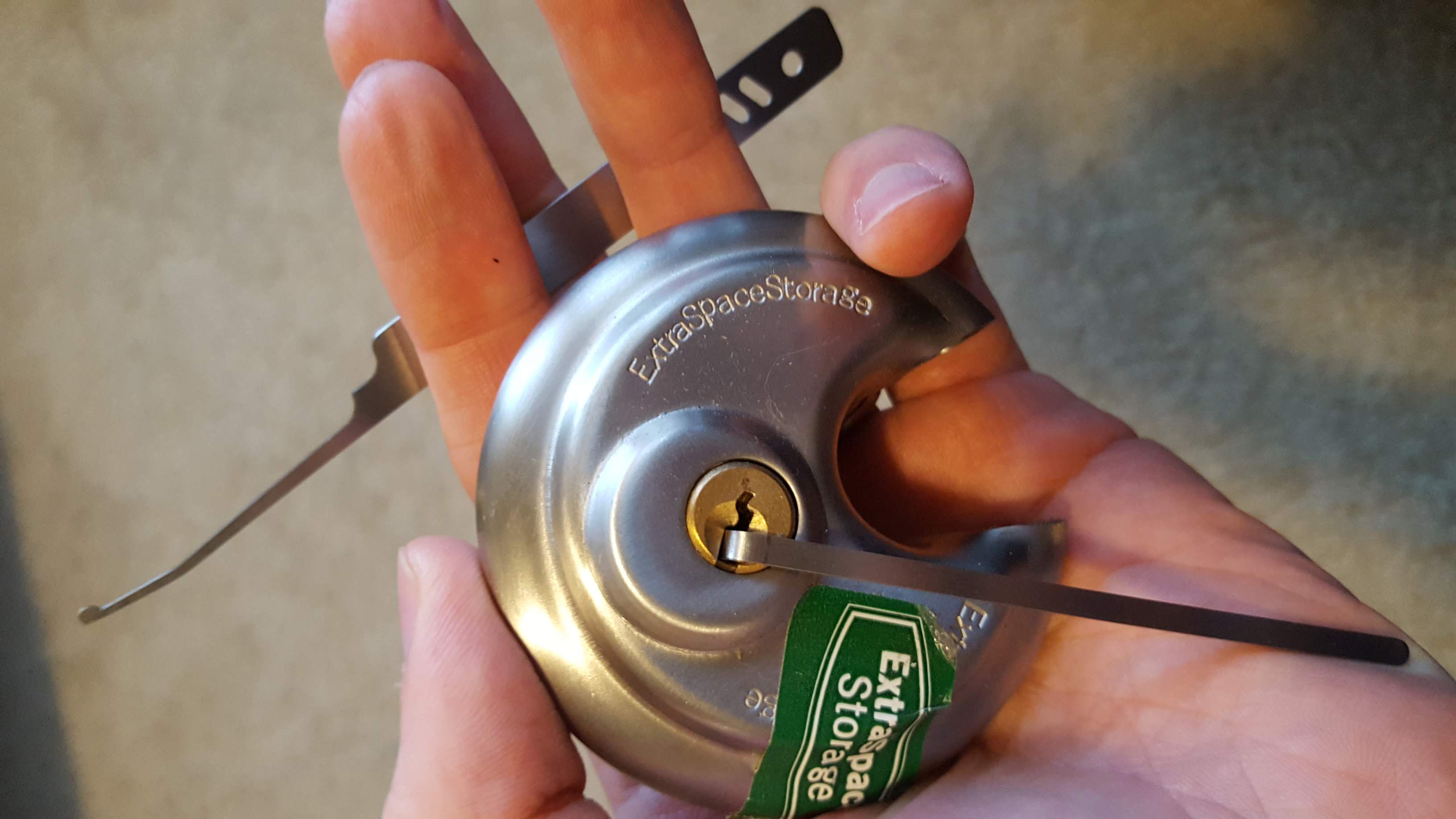 I have a new appreciation for locks, much like my appreciation for security in computer technology. My professional life is dedicated to understanding systems and the vulnerabilities that potentially, or do in fact, exist. There are many different levels of the rabbit hole. There is no Nirvana of comprehension. There is only the combination of experience and understanding, hopefully increasing over time. Much like a computer security style Capture the Flag challenge, each lock is guaranteed to have a flag. The lock will open. The vulnerability exists. Now the question is … am I good enough to capture it? 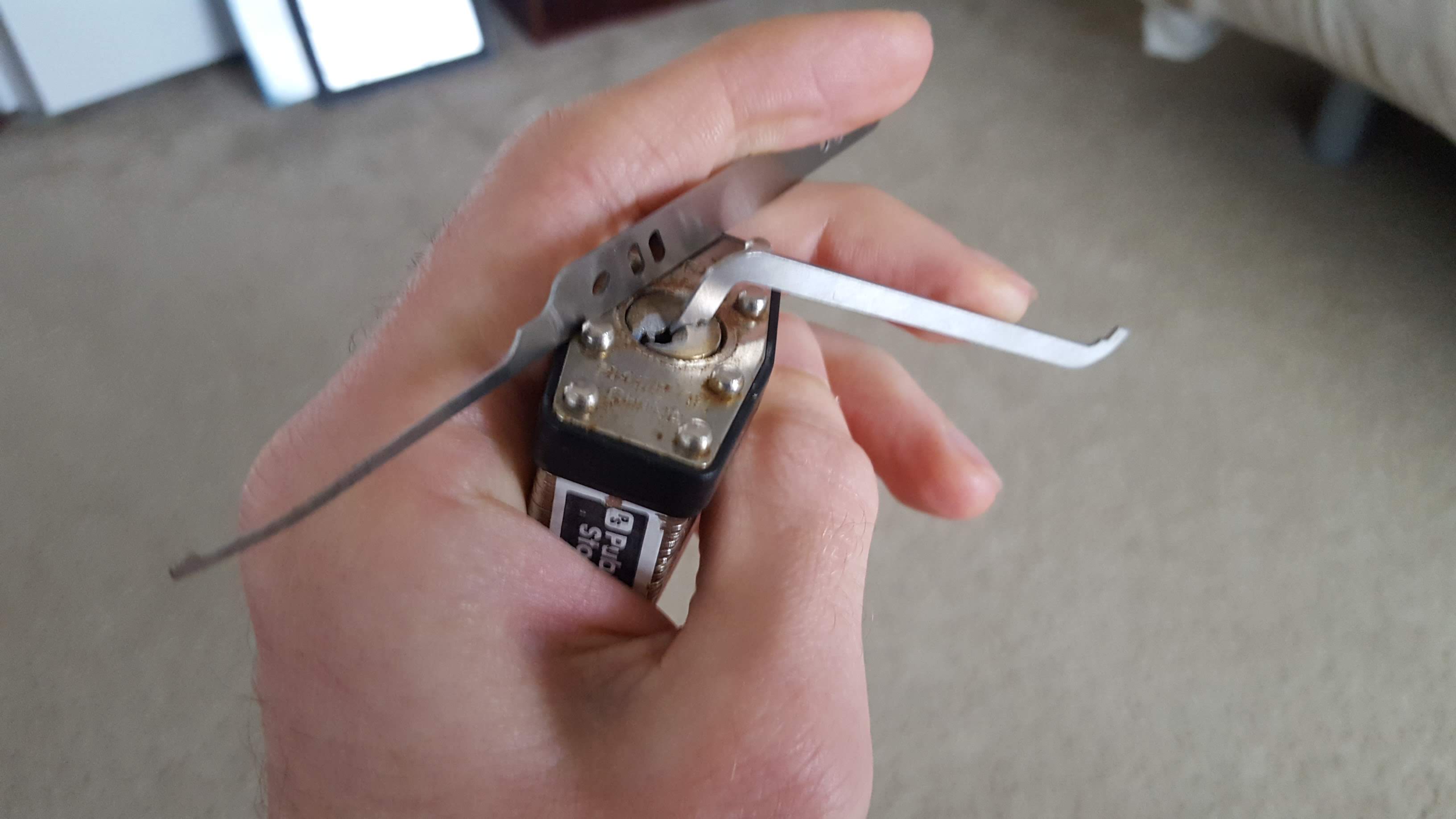 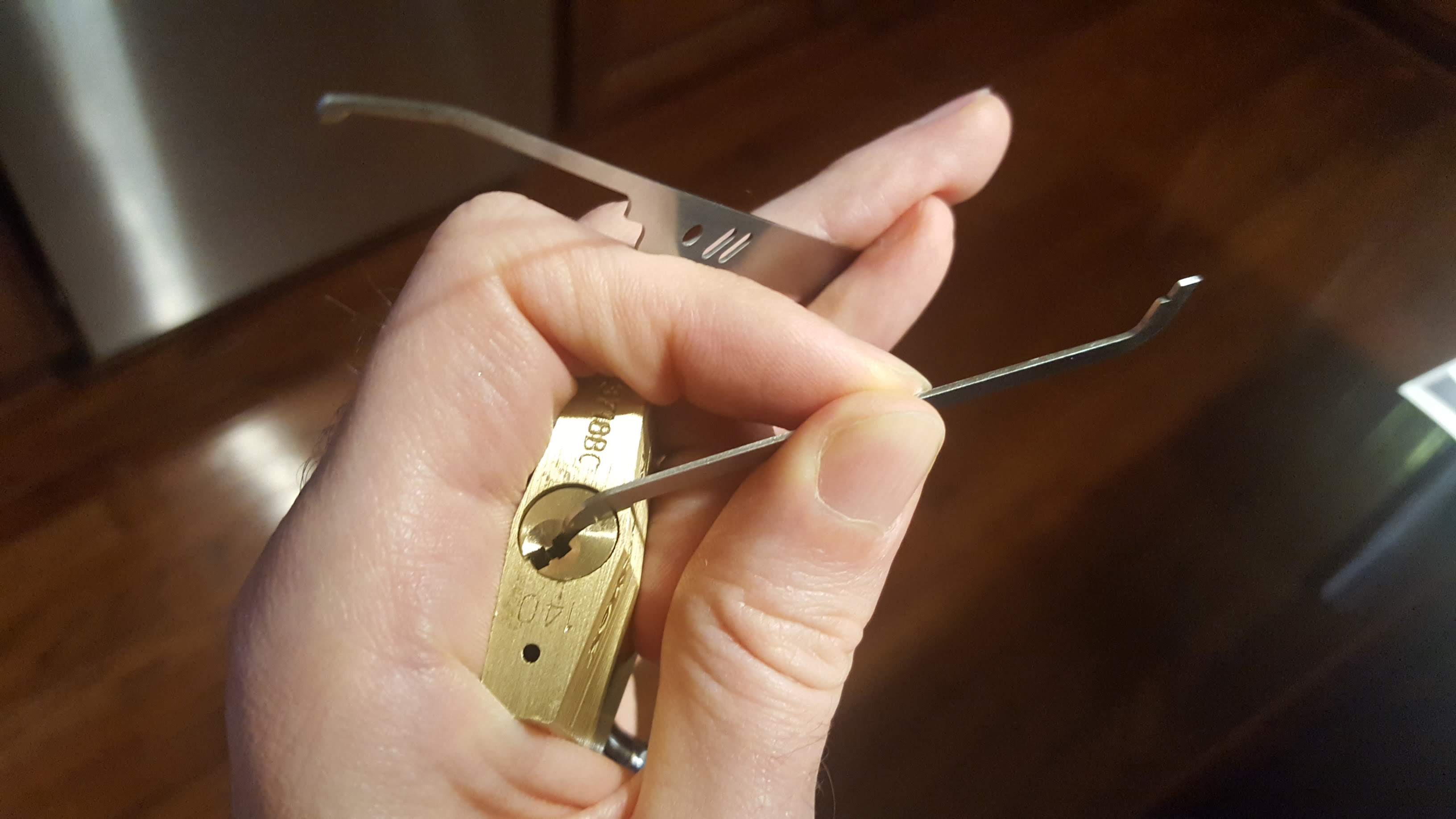 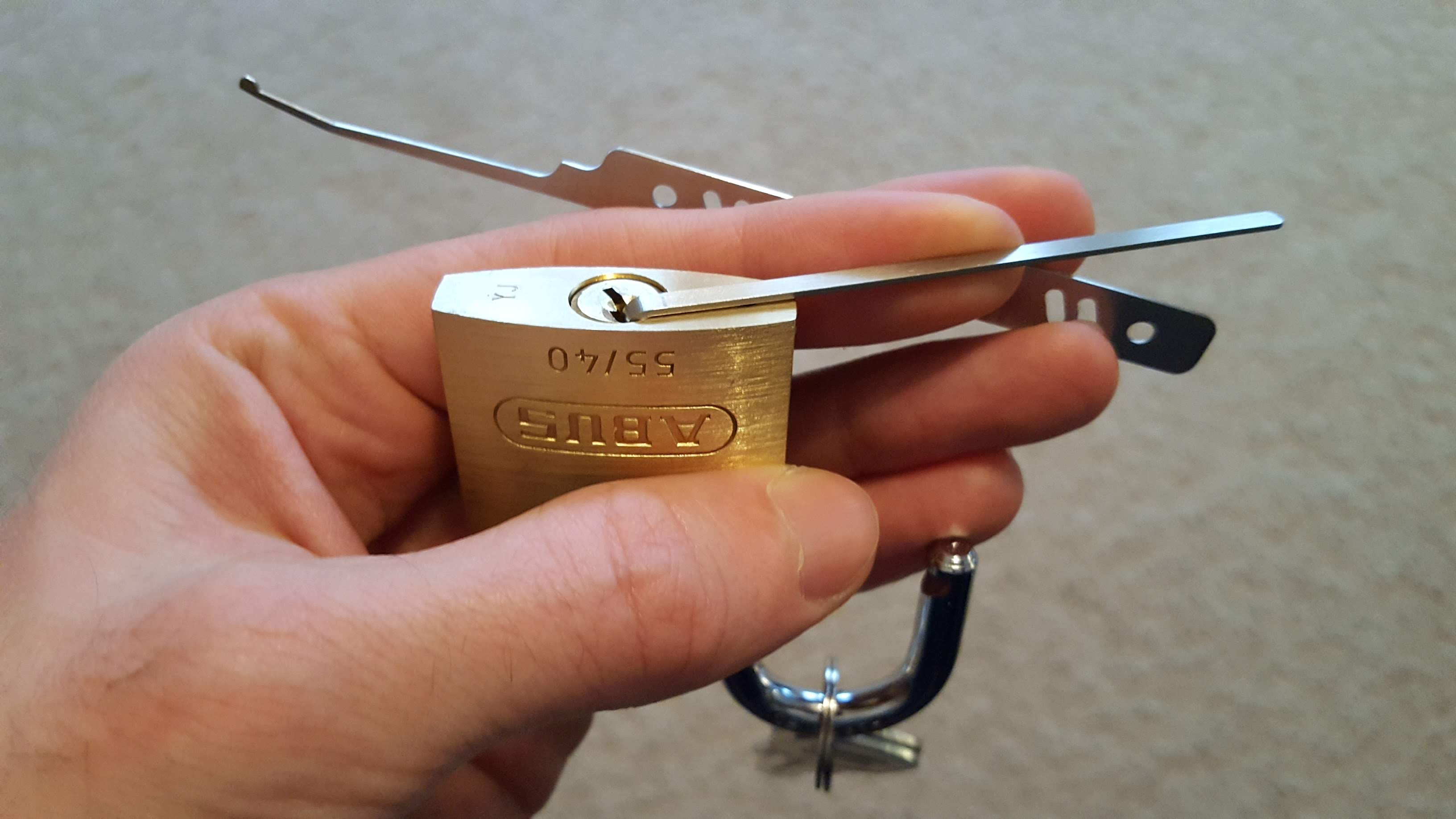