Have you heard?  Apparently, a goldfish (yes, your child time pet that eventually ended up swimming through the sewers) is the new soap.  According to recent and credible studies, using a goldfish for hand and body soap can kill up to 175% more germs than any leading off-the-shelf soap!  Also noted, was that during a hidden smell panel, the scent of a man using a goldfish as soap was selected as ‘better smelling’ over off-the-shelf soap 7 out of 10 times.

So this is how it works…  The chemicals that give a goldfish its golden color actually produce a rather robust soap enzyme.  The key though, is that the goldfish’s gills are used to aerate this enzyme and keep it naturally clean.  This, however, does mean that the goldfish must be living while being used as soap.  If the di-hydrogen oxide saturation levels found in the goldfish drop below a certain level (what I’ve read to be the “code gold level”), the enzymes lose their aeration and clog the pores of the goldfish.  When this occurs, you will be doing nothing but rubbing a dead fish all over you.

Apparently scientists and genetic engineers are working around the clock to bring this new found technology to the public in a more marketable fashion.  The new brand ‘Goldfish’ has been founded with the slogan: “A golden aroma…”.  The (more so) marketable fashion involves using ground goldfish mixed with a secret gelatinous recipe to create a bar soap.  (I was able to google up a packaging shot along with a promo shot, which I will attach at the end of this post)  It is said that the gelatinous substance that is mixed with the ground goldfish is 89% natural.  Official testing shows that this ground goldfish does not provide near the same revolutionary results as using a live goldfish in terms of killing germs, but the ‘golden aroma’ is still there.  Scientists and Engineers are working on a dynamic aeration system to include with the goldfish soap in bar form.  However, there is speculation that the bar form might include some known carcinogens.

All the soap forums that I follow have rumors going around that different manufacturers are quickly trademarking many catch phrases for their near release product.  ”Natural pond raised” and “Northeastern streams” are just a few that I have found.  It seems that most companies will be marketing the live goldfish, due to it being ‘better’ and healthier of the two options (for both you and the goldfish).

As for packaging, there have not been any official press releases from the soap industry, but soap rumor sites have shown everything from fancy and ornate glass boxes with automatic fish food dispensers to travel plastic for the business man on the go.  No news yet either on the airline industry’s policy towards this new medium of soap.

Exciting times for the soap industry if I do say so myself… watch for ‘Goldfish’ and other new goldfish brands to be on the shelves in a drugstore near you! 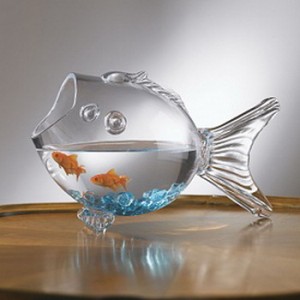 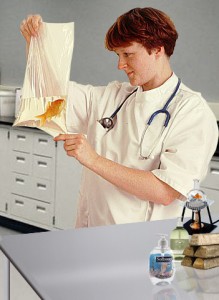 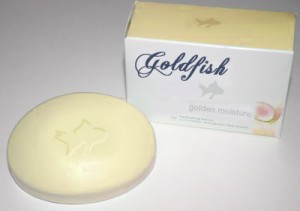