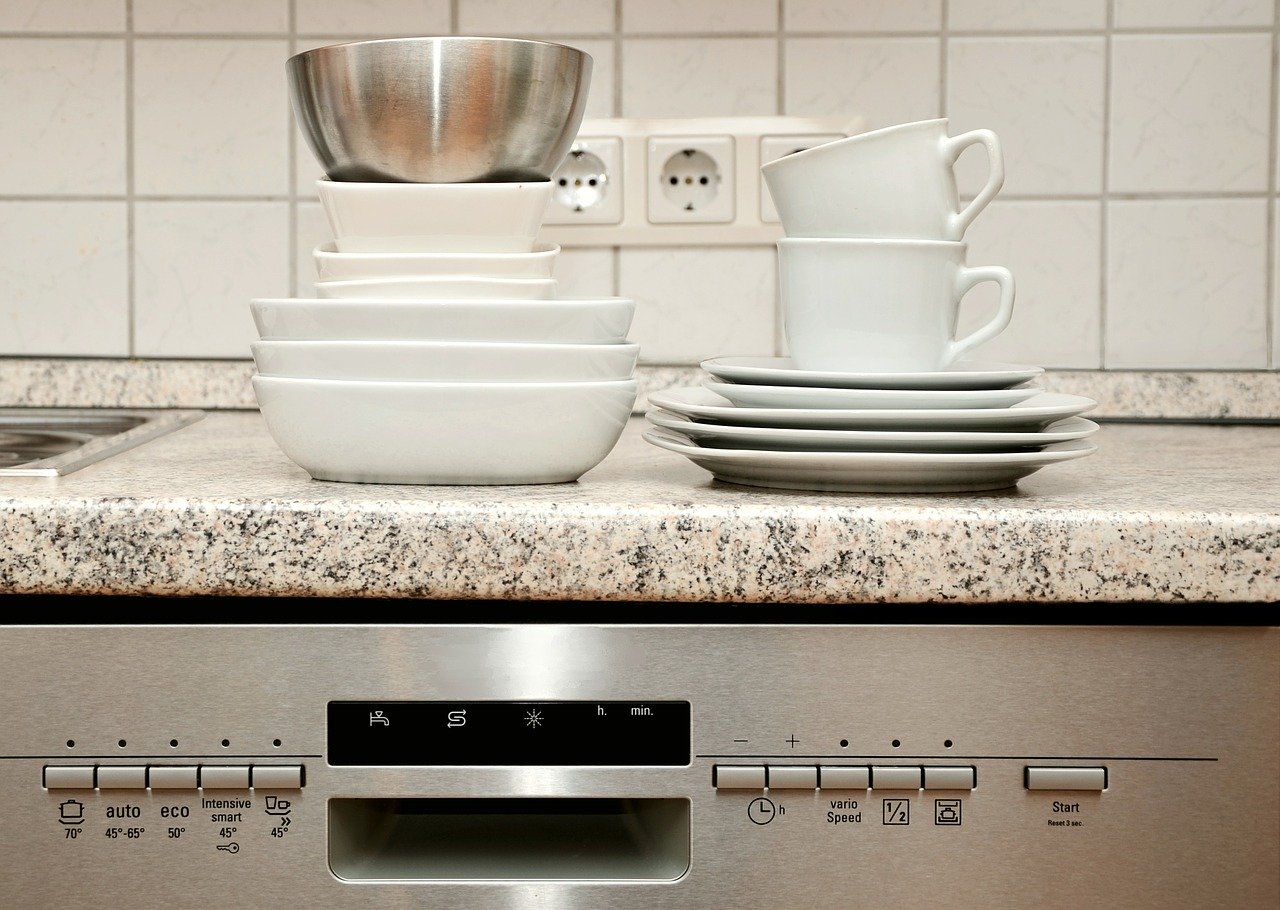 Have you ever found yourself in a situation where you can just sense the power of authority pulsing through your veins? Nothing happens without your blessing. Each decision you make is of catastrophic consequence. Make the right decision and your legacy remains the subject of stories for generations. Make the wrong decision … and your fate is immediately and irreversibly sealed.

This … is the power I feel when loading the dishwasher.

On a recent, warm summer evening, following a feast prepared by Wife, I hovered over the kitchen sink surveying the bloodied battlefield of dinner’s remains. Crumbs of biscuits cowered in corners of plates while splashes of barbeque sauce stood unrelenting. The sheer quantity of soiled utensils was enough to make innocent children weep. Of course plates and bowls were among the carnage. But the pots and pans, not engaged during the meal, but only in preparation, regardless of their position in the DMZ, showcased a clear lack of restraint in the hunger’s rules of engagement.

And so I stood, an operational commander of these dishes, trained and equipped to return them to a state of readiness, planning movements and coordinating fires of suds and brushes against the grease and grime that stared back.

The dishwasher, closed, to my left would first need to be breached. The true workhorse of my campaign. But what met my gaze on opening sent chills down my battle hardened squeegee.

“Near capacity…” is all I could murmur.

As the gravity of the situation revealed itself to me, I thought I heard children off in the distance. Their laughter and joy, ignorant to the fear, uncertainty, and doubt that lingered on my heart. In fact, it was children … it was my children! And they were headed this way, from the swing set with sweaty and matted hair. My instincts told me to guard them and their youth from the atrocities existing before me. But their quick nimble feet sidestepped me with ease … casually depositing empty water bottles on top of the already existing mound of dishes that weighed so heavily on my soul.

Their callousness surprised me I must say. No trace of angst on their faces. No hint of compassion for the situation at hand. Confusion and anger rose inside me but I quickly calmed it and pushed it aside. Let them live at peace. Their day will come soon enough.

Forcing myself to refocus my wits back to the sink and dishes, experience took hold and I graduated my line of thinking from the operational to the strategic decision space.

“While this is a battle, we must think of the war…” I whispered to my troops.

I surveyed the contents of the dishwasher to understand the environment in which we were operating. Seeing what was there while already understanding what was in the sink gave me a clear idea of the theater picture.

With limited resources, to ensure battle readiness and continuity over the entire eating campaign, it was critical the right dishes be maneuvered into positions in the dishwasher.

Without this sort of long term vision, Wife might be left without the support she required to accomplish her upcoming objectives.

I achieved a zen state of mind and operational art took hold of my extremities. The beauty of the scheme would make even Clausewitz blush.

The action was near its end when a realization occurred that even I had not anticipated. After removing a veggie steamer from the sink and placing it delicately in the perfectly zoned last remaining plot of middle rack terrain, I saw it. My favorite coffee mug.

This was not part of the plan.

What should I do?

Self-doubt rose within me and I questioned my abilities as commander of these forces. I doubted my integrity and selflessness. How could I sleep at night … if I place greater importance on my favorite coffee mug … than the apple peeler, whose position could so easily be overcome by fratricide.

These are not circumstances to which one can really train. Sure you can exercise restraint and make the “hard decisions” when provoked in a simulation. But here, the real world, where real consequences are felt, the decision space felt different.

I would love to say that I hardened my resolve, placing any personal biases aside, poured in the munitions of dish soap, slammed the door shut and hit “start”.

But alas, my integrity has suffered enough and I will not lie.

I did not go so far as to remove the apple peeler from its position. But I did compromise the positions enabling optimum firepower of several dishes, to include the apple peeler, so that I might simply add my favorite mug. For this action I am not proud. Clearly my action was out of selfish interests and not in the interests of the most critical equities receiving the support they deserve and, more importantly, earned, by their valors in battle.

But as time moves forward I realize that it is the human elements that make war real. War is not simply the rational decisions made by simulations and algorithms. I won’t be so bold to state that drinking coffee from my favorite mug the following morning is destined to be documented as case study in military doctrine or for the history books. But I admit, in fact, the moment was quite bittersweet. But I think that might have actually been from the splattered barbeque sauce that washed into the mug and never came clean.