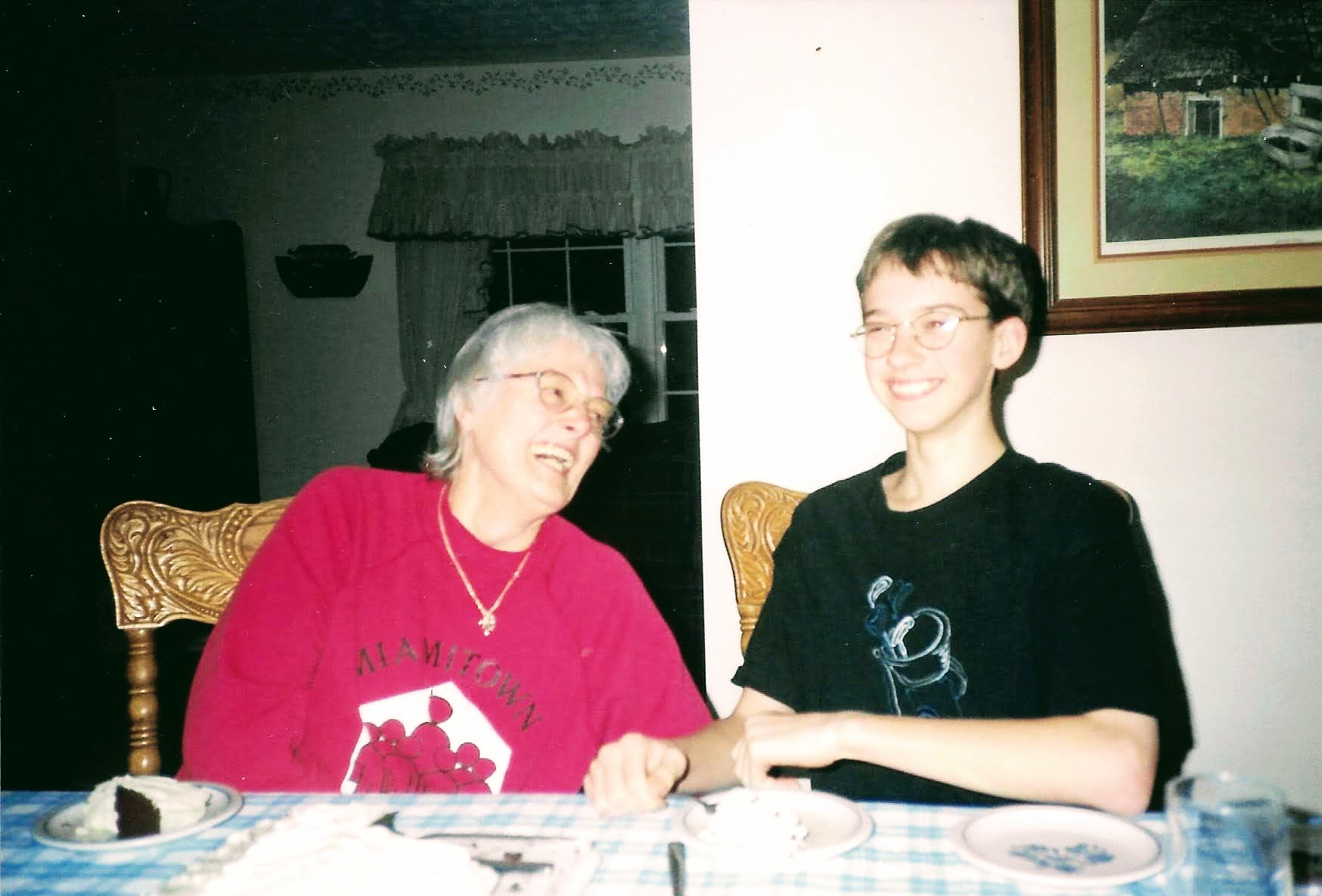 You were scheduled to move from your condo this week. You had an apartment ready for you in The Christian Village at Mason. Turns out God’s plans included a move, just to a different Christian Village. I know you are happy in Heaven. You have lots of family and friends there. You are now reunited with your husband, a Grandfather I only ever met through story and the characteristics and personalities passed on through his and your kids. You were the last remaining of your many siblings, a fact that lingered on your mind quite often in recent conversations. Your body stood crooked, your hearing near gone, but your mind and love remained sharp and strong.

I stayed the night at your condo two months ago on a visit to Ohio when my parents were out of town. It is only fitting this was my last visit with you on this side of eternity because so many of my more youthful memories with you include spending the night at your house. Sometimes because my parents were out of town or likely sometimes because my parents just wanted me out of the house. You have always welcomed me with open arms at any stage in life. Ready to host whether be for my brothers and me or my wife and me. I am thankful that we stayed up late, well past midnight, talking and sharing memories. Around 11:30, I was tired and stood to make my way to bed. But you were obviously not ready to call it a night, and much like our many long phone calls, kept the conversation going for some time more. You loved your family. It was so clearly evident in your topics of conversation, the countless pictures on your walls, on shelves, or in coffee table albums. You told me so many times how proud you were of everyone in your family. You lamented that you wished us out-of-towners lived closer and never missed an opportunity to interrogate our plans for an upcoming holiday. But you were quick as a whip on Facebook, making sure your family’s photos and videos were well liked and commented on. 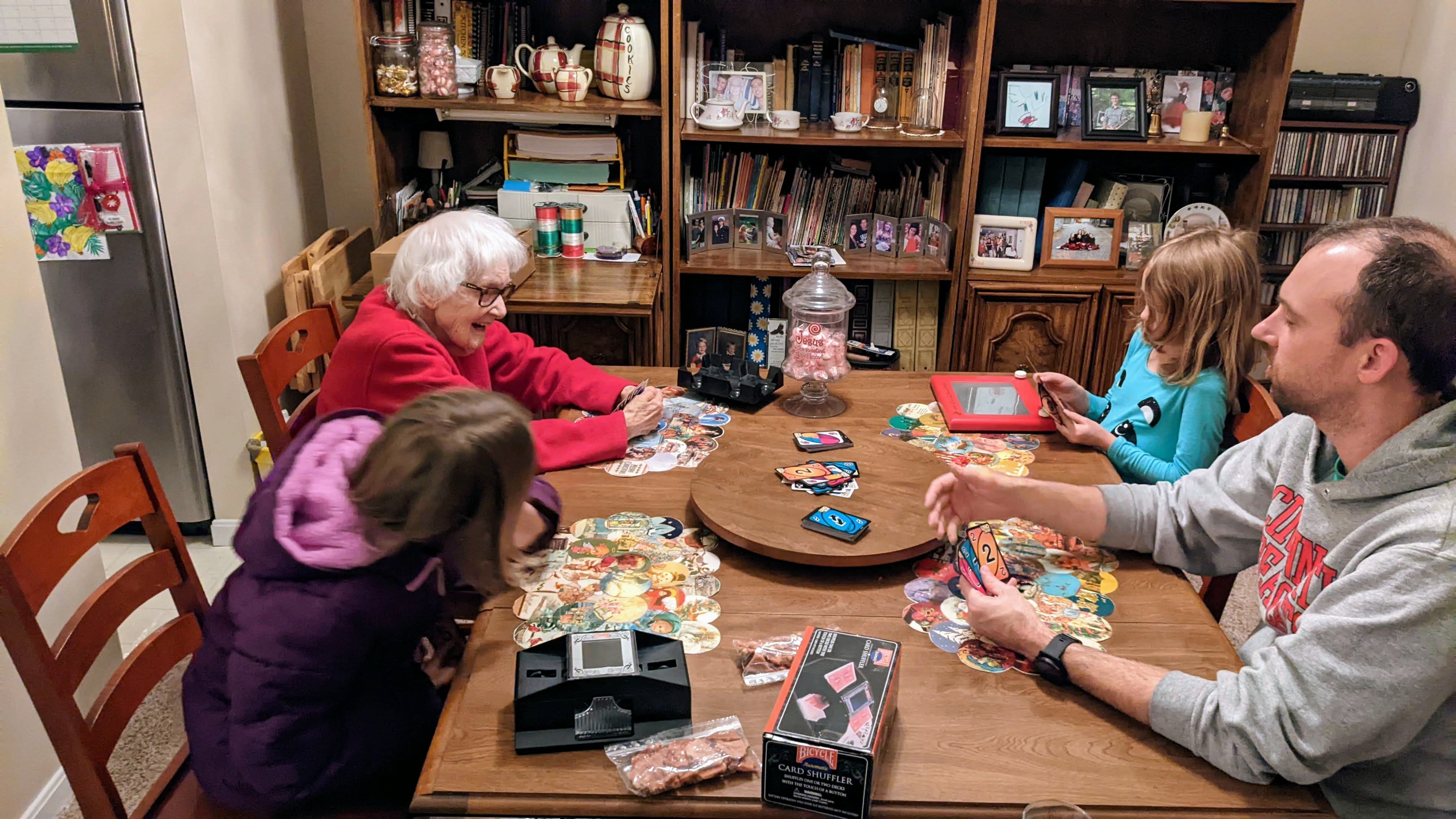 I have many memories of being with you at your house. I have scattered memories of your Springdale house. I think, in fact, my earliest memory takes place in your Springdale house. It was my third birthday and I had a cake with bowling pins and ball on top. I remember the basement with its train set and I remember the backyard with the doggie door and above ground pool. I remember the living room with a rifle mounted above the fireplace, whose entrance I would dart past so as not to be within eyesight of the rifle for longer than necessary. 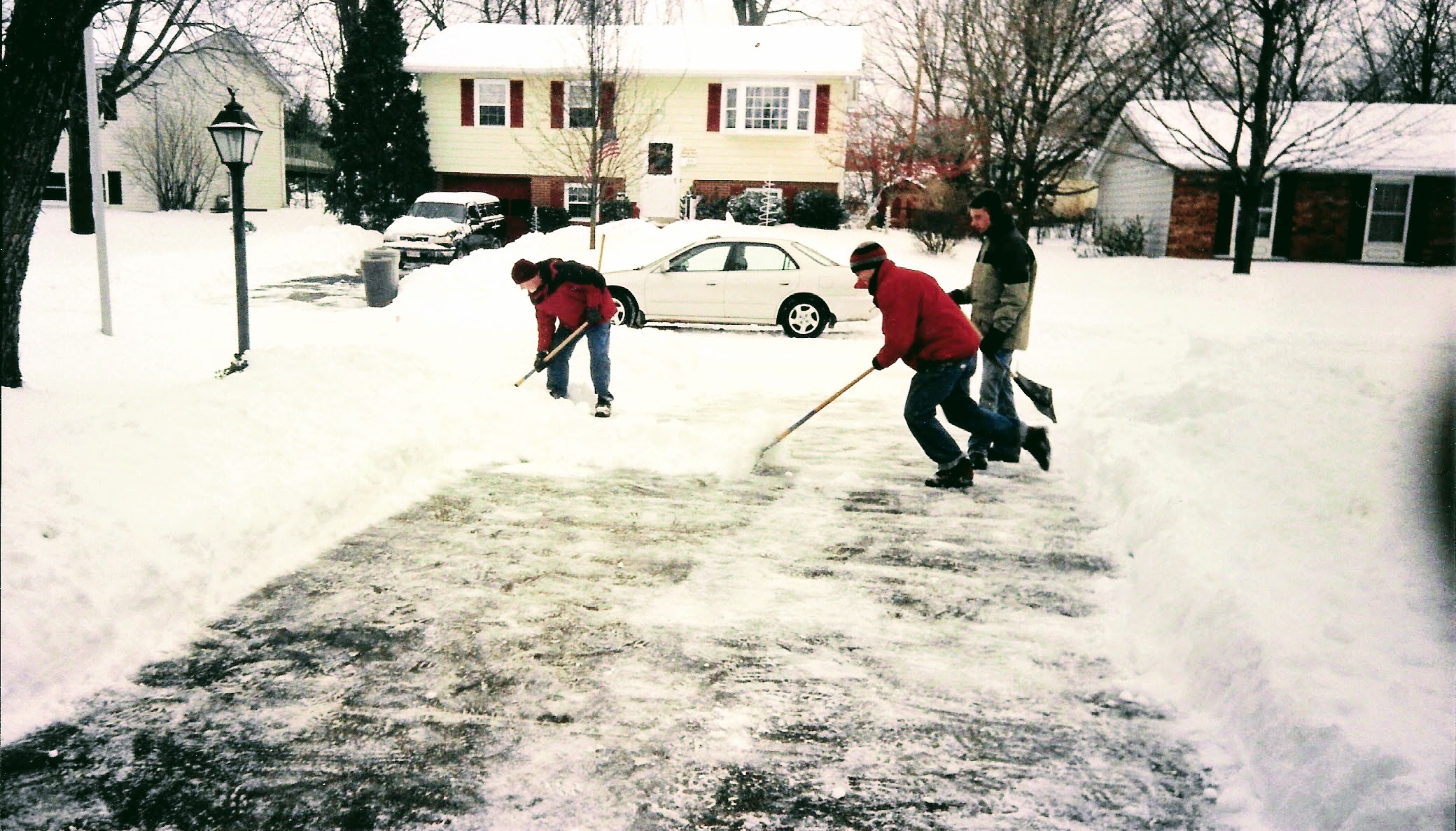 But memories of your Mason house are my most vivid. It sure seems like we cut the grass and shoveled snow a lot. You paid great and the hot chocolate was fantastic, though. You would pick me up from Middle School jazz band with a cool lunch box of Little Debbie Nutty Butty bars and RC Cola and take me back to your house. I was supposed to mow the grass but more than once I laid down on the carpet and slept instead. We once planted sunflowers and it must’ve grown eight feet tall. I don’t think we ever actually used the pool in your backyard before Dad took it down, seemingly around the same time he took down the pool at our own house. Dad must have really not liked pools that Summer. Many Thanksgivings were celebrated in that house. Mom would bring pies, there’d be lots of movement in the kitchen while the more lazy of us tossed a ball back and forth, watched the Macy’s Day Parade, and leafed through the Thanksgiving newspaper ads. We’d make our jokes about what the oldest expiration date in your fridge and cupboard was and how after the meal The Gaithers would be put on the television at max volume only for those that put it on to fall asleep on the couch. I have a secret … I really like The Gaithers. Maybe my like is nested in some nostalgia of background music to a full belly game of Monopoly on your back patio. Or maybe my musical tastes have been passed down the family tree. Or maybe my ears just followed the comedy of Mark Lowry who I knew was part of the group. 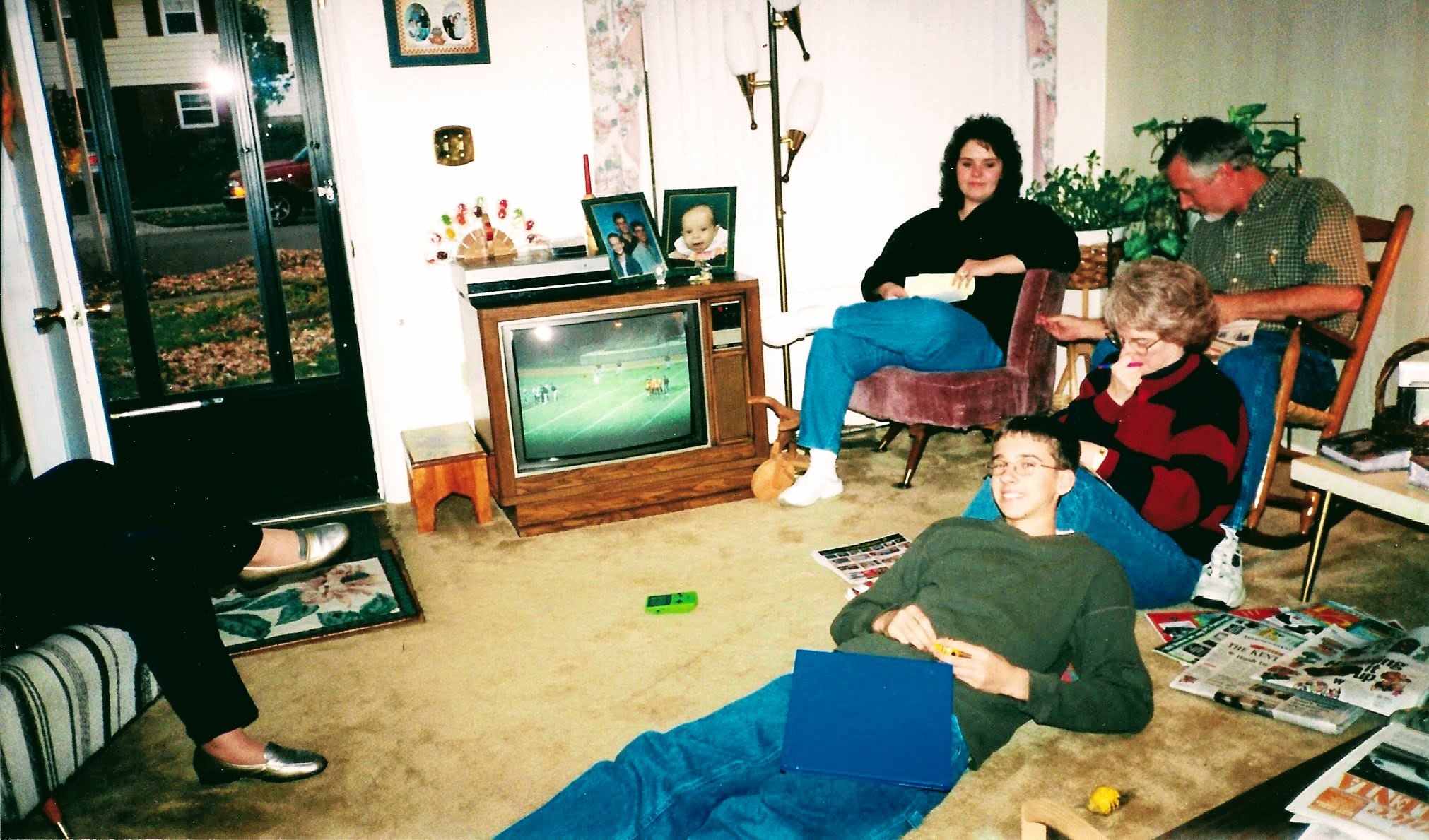 Thanks for taking me so many places. We saw concerts (to include Mark Lowry), had countless dinners at Don Pablos and carry outs from Little Caesars Pizza, visits to buy video games and useless trinkets at “Tuesday Morning”, and road trips to Elkhorn City and Bowling Green, Kentucky to visit family. Trips to Elkhorn City were like nothing else. Driving highways of repeating scenery, stopping along the way for peanut butter filled pretzels, hitting apples with a baseball bat across a creek, sitting in the tiniest of churches, seeing more family than I knew I even had, sampling an awful glass of buttermilk, and watching an episode (The Sandkings) of The Outer Limits at a way-too-young-age which would scar me for life. Once we were driving near your Springdale house waiting at a red light. I was watching the intersecting lanes’ traffic light and once it turned red I stated “green light” leading our true green light by milliseconds. We went and an intersecting lanes’ car raced (and lost) against its red light, running through the intersection, hitting us. The memory is fuzzy at best but it is one I think of often. Years later you were the one that took me to the Warren County BMV to take my driver’s license test in the old Chevy Nova. 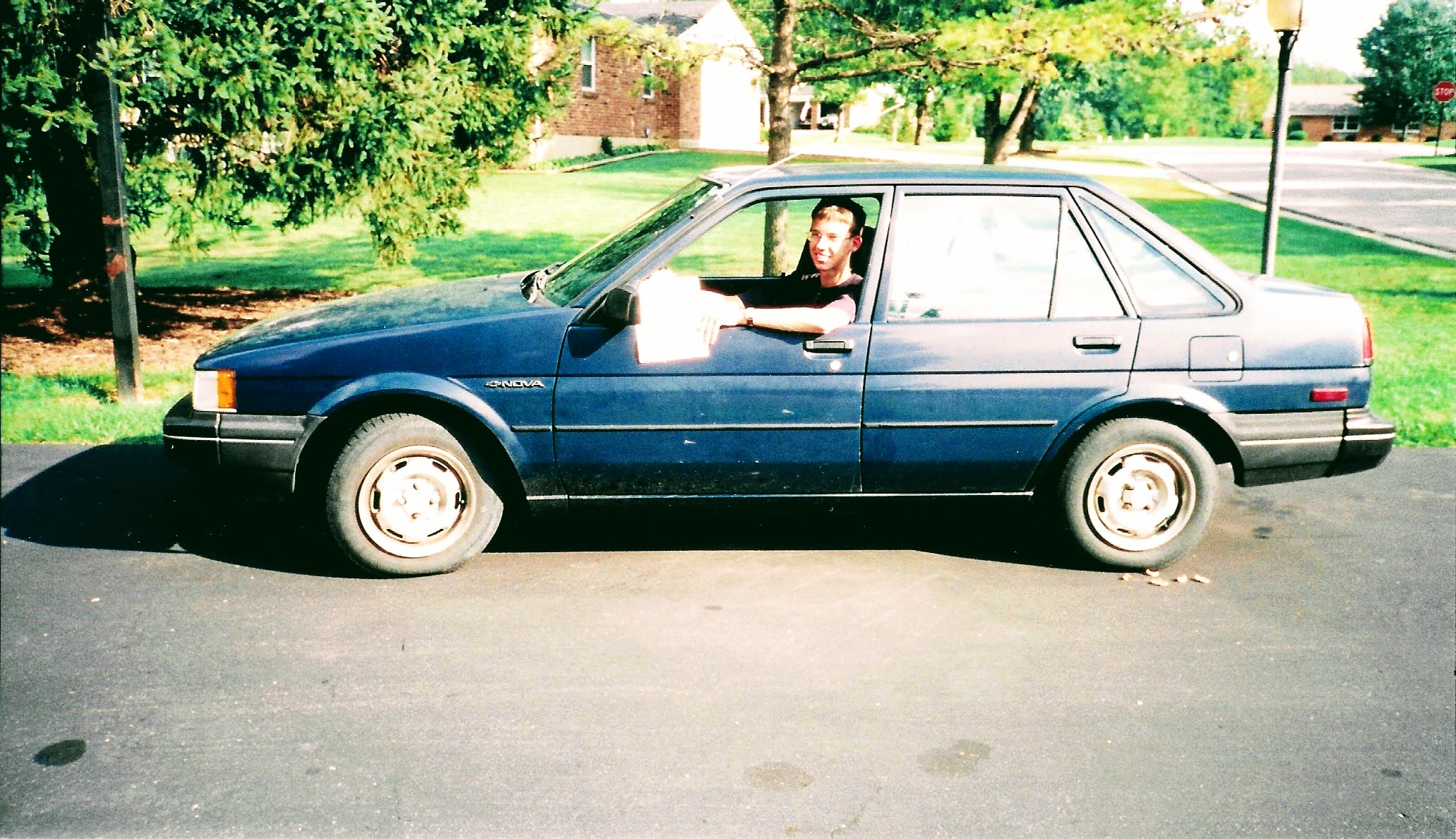 Sleepovers at your house were the best. A bottomless jar of M&M’s existed on your kitchen table. As an adult, now, with kids of my own, I have no idea why you let us fill our bellies with so many sugary sweets. We must have been pure chaos to you and your house. But maybe that’s why we watched “The Lion King” or Bill Cosby’s “Himself” on VHS so many times. Maybe you enjoyed the chaos. The only thing I have ever heard you complain about is not having enough family time. Maybe you embraced the chaos you facilitated and fed off your grandchildren’s sugar fueled energy. And now, I think, maybe that’s why you kept that strangest of stationary bicycles in your bedroom in case our energy spiked a little too high. I don’t remember anything being off limits at your house. A “making room” with endless yarn and crafts occupied us for hours at a time making “God’s Eyes” or stitching patterns. And the game closet was always packed tight and ready for us. We’d pull triggers and shoot marbles across some game to push a token into the opponent’s goal. We played countless games of RACK-O. Army men would be lined across the small trampoline only to be devastated by a bouncing ball. Your house was so much fun. 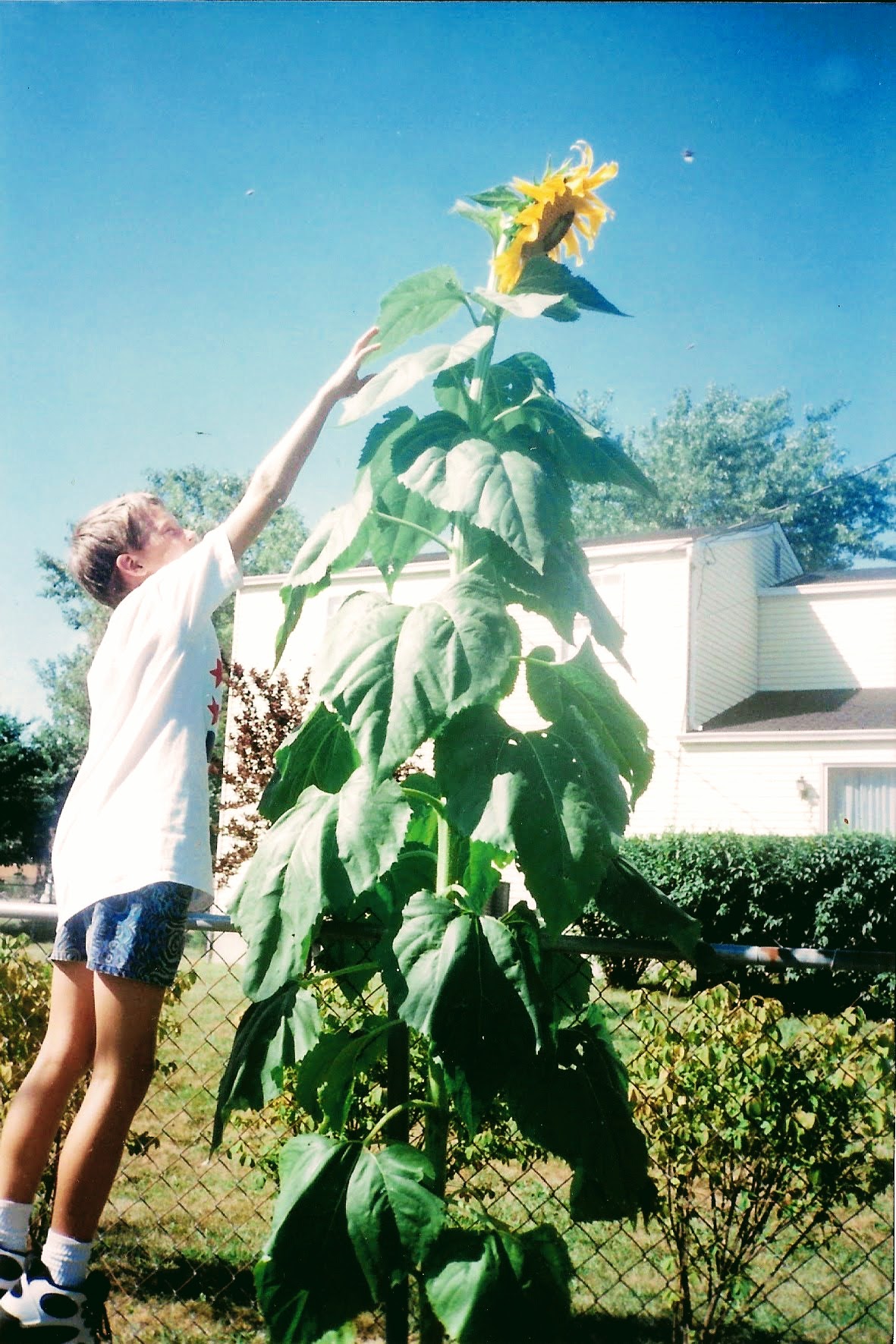 I remember bath times with way more bubbles and toys than even reasonable. I remember some strange powder that you kept on the back of the toilet in the guest bath, still no idea what that was for. And I remember staring at the portraits that hung on your bathroom wall for seemingly long amounts of time. These were portraits of George Washington, Abraham Lincoln, and Soldiers marching where the entire picture was made up from words of famous speeches or documents. And I remember bedtimes where you would rub my back and read me Curious George. Of all my memories documented here, of all my memories in my mind but left from this eulogy, and likely of all my memories tucked away in my mind not remembered at this moment in time, it is laying very still, on the daybed, with your hand on my back, and the antics of Curious George being told and retold, that I cherish the most. 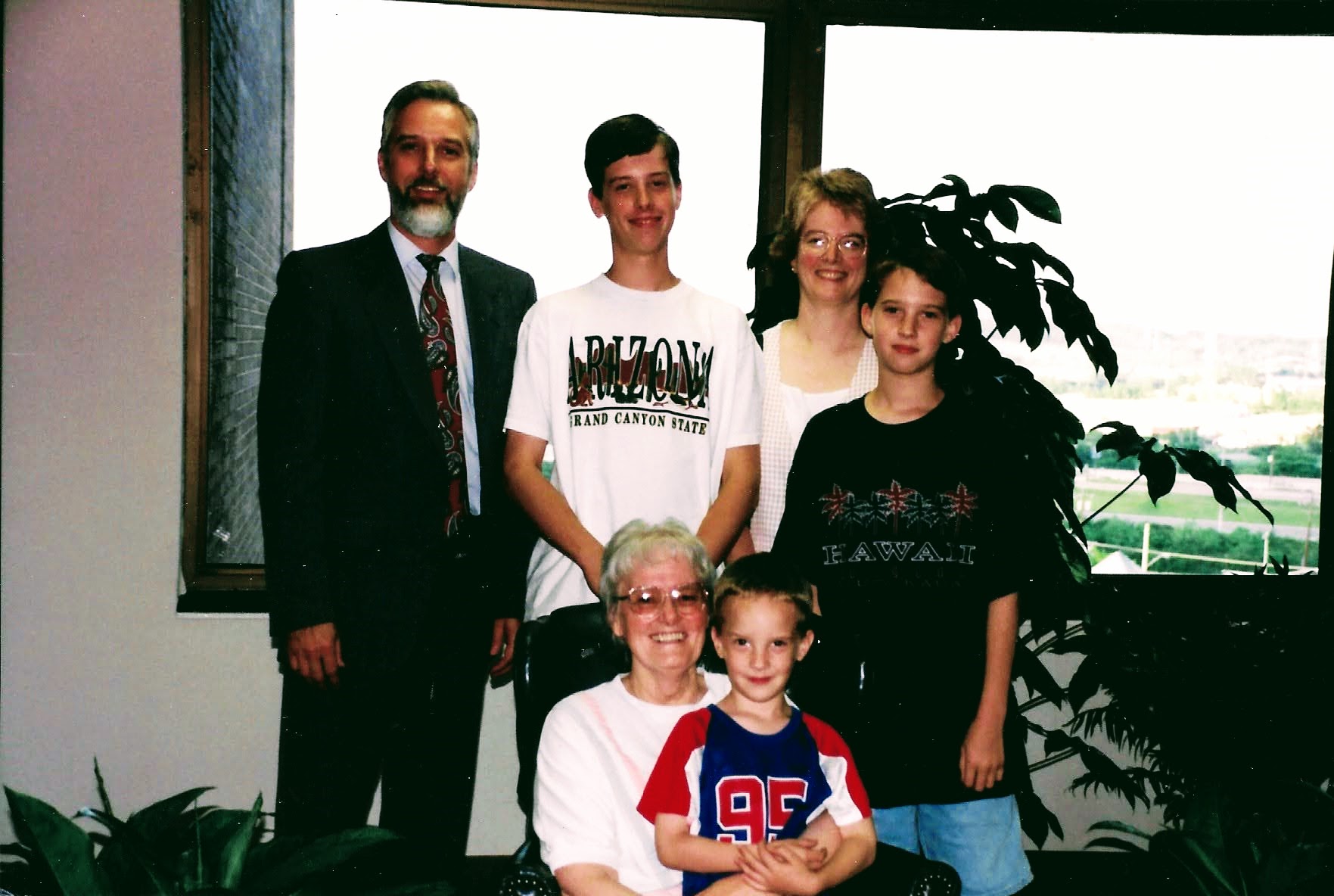 You sure loved us. You loved us unconditionally in all the moments we were together and in all the moments we were apart. I know this because I felt it every time we talked or visited. It was never enough, I know. Especially after I had a family of my own and we started moving wherever the Navy told us to go. You wanted and needed more from us. Honestly I often felt guilty when we said our “see you laters” at the end of a visit and we closed your front door to drive states away to wherever was home for us. Your look of desperation as the door closed, for the next visit, was really tough to witness and process. 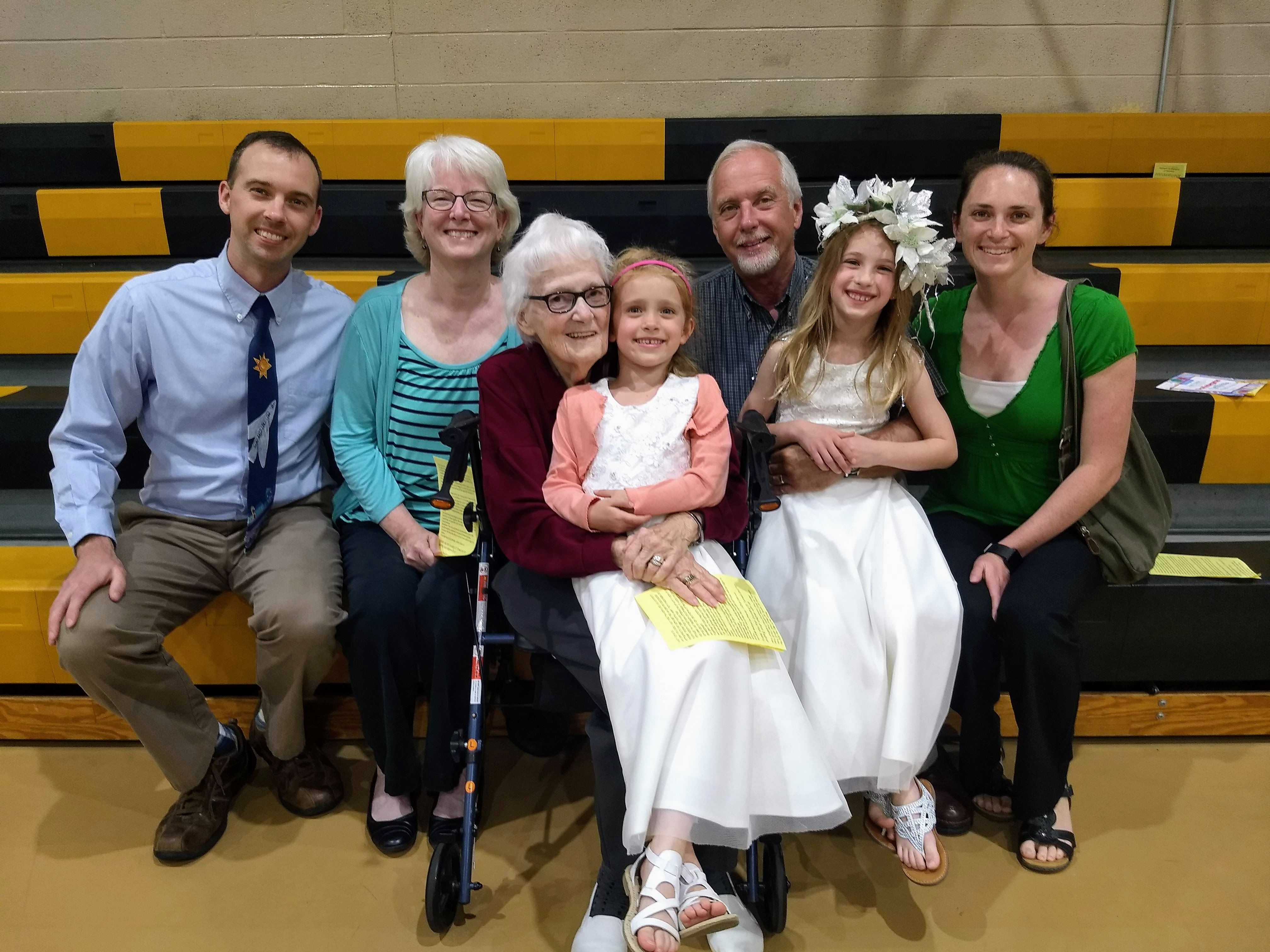 You were truly an angel on earth. You impressed many people with your vigor and resilience, especially in the later parts of life. I know your single life made innumerable lives better from working with kids in the dental clinic to your long involvement in churches to investing time and love in your future generations. I know life dealt you a difficult hand in a few ways and I know that I have only known you through the eyes of a grandson. But well done and life well lived. Your legacy is strong and your love will be felt and hopefully emulated well beyond the significant milestone that is your death. Thank you for pouring your life and love into me. Well, with that … love you … off to get some Chick-fil-A and Graeters!